When I decided that I was going to redesign my website, I also decided that I needed to get a new professional business headshot for the ‘About Mark’ page. The problem was that a selfie on my phone just wasn’t going to cut it. I also debated about setting the camera up on a tripod and setting the self timer, before running around into the shot, but again quickly decided that this was going to look rather amateurish. There was only one thing for it, I had to give in and get the other side of the lens.

I asked a friend of mine, Rob at Studio 88 in High Wycombe, and he said he’d help me out. After a short duration of playing around with the lighting, to try and reduce the glare off the top of my rather shiny head, we had the set-up sorted. Then it was just a case of getting a natural looking image that I was happy with. Several tries and a few of the tricks I’ve learnt from taking headshots over the years resulted in the image you see above.

I love the result and can honestly say that I know what people are going through when they tell me they don’t like standing in front of a camera.

Also included below is a behind the scenes image that I thought you might like to see. 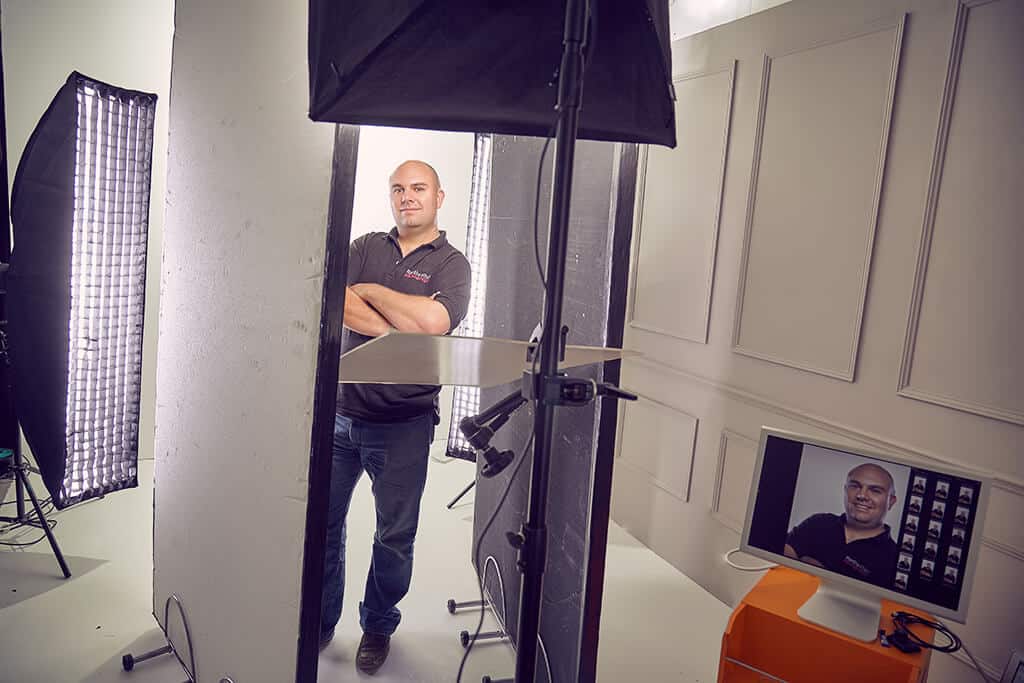