A portrait of Thame… Jack and Alice

Jack and Alice can be found at 14 Buttermarket, where you will find them serving a delectable array of dishes from Pancakes and Waffles at breakfast, through to favourites such as Beef Bourguignon in the evenings. For the purposes of this portrait shoot I had to be in and out before opening so I could get the undivided attention of the staff for the main image you see at the top of the page. Trying to do this during the day whilst they were open would have been practically impossible.

My brief was to show the staff of Jack and Alice in a single portrait image. The image was to be taken in the bar area which was reasonably dark. Thankfully, we had chosen a bright morning and the skylight just in front of the bar provided some soft light to the scene. However, this on it’s own was not enough to light the portrait so I used a Canon speedlight to the right of the camera position bounced off the ceiling to throw enough extra light in to the image to achieve the effect I wanted. Once all the staff were

in position it was a simple case of making sure everyone was looking in the right direction at the right time, while ensuring that everyone could be seen. Unlike some group images, I didn’t need too many exposures to achieve an image where everyone had their eyes open.

Once the main portrait image had been taken I took a few small detail images around the restaurant, such as the image you see to the right and below.

Whilst I had somewhere else to be after the portrait of Jack and Alice, having seen the menu, I will definitely be back soon for breakfast. 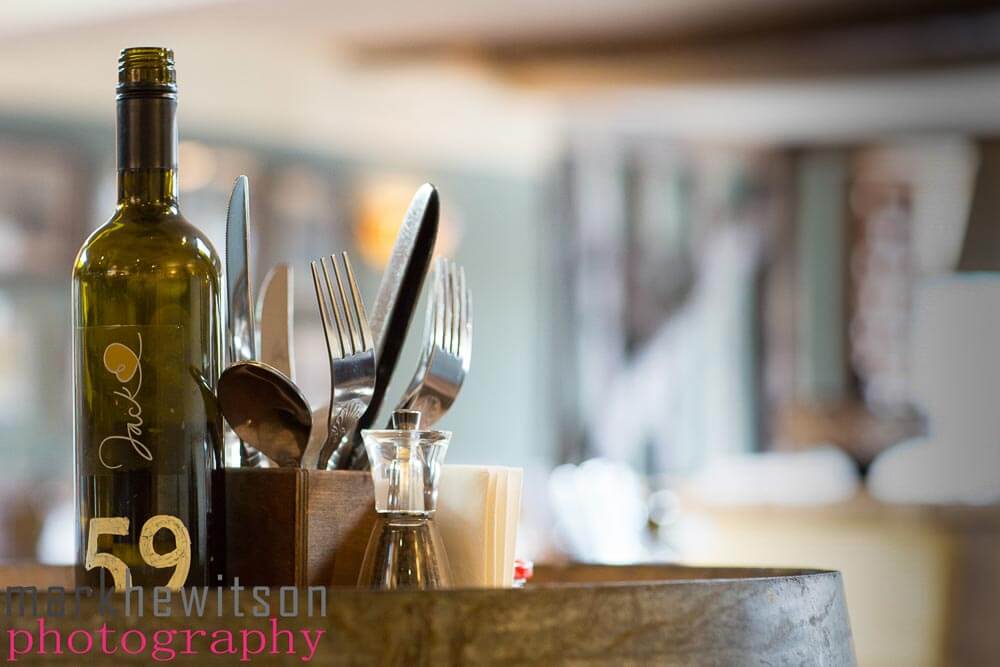