Skip to content
The Scannappeal Scrub Run – 21st May 2017

On the morning of the 21st May I attended the Scannappeal Scrub Run at Shardeloes Cricket Club in Amersham as the official event photographer. This is the story behind the day from my perspective as photographer.

I received an email back at the beginning of May asking if I was available on 21st May to cover an event. As I have previously supported Scannappeal I was more than happy to oblige. Whist the majority of my work is in the studio, photographing events on location is always a nice change, especially when the weather blesses us with warmth. Sunday 21st May was fortunately one of those nice British spring days.

The Scrub Run consisted of both a 5K and 1K run around the fabulous scenic grounds of Shardeloes. In the spirit of the event, a number of runners dressed up in scrubs, with one even dressing as a patient in one of those lovely hospital gowns that shows just a little too much and preserves no dignity. It was great too to see runners of all ages supporting each other and the biggest cheer of the day had to be when the youngest runner in the 5K (only 4.5 years old) crossed the finish line. The smile on her face as she did so was genuinely heartwarming. 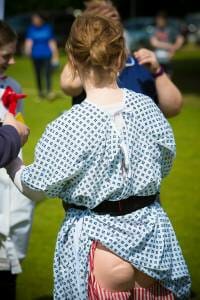 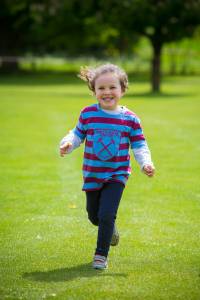 When I arrived at the event, I was given a list of ideal images that Scannappeal would like covered, including the start and finish of each race, the runners in the scenic grounds and people with their medals after finishing amongst others. A quick calculation and look at the route map for the event soon told me that it wouldn’t just be the Scrub Run runners that would be working up a sweat. Having not run for well over a year, being dressed all in black and carrying two heavy cameras, I braced myself for a warm morning. Thankfully, the photography started nice and easy with images of people gathering and registering for the event, followed by images of the warm up, lead by Wild Training.

Once the warm up was done, I moved into position for the start of the 5K race. Knowing I would have only one chance at this I checked and then double checked the settings on my cameras, got myself into a good position where people would be running towards me and then waited for the countdown to the start. As soon as the race was underway, as predicted people ran towards me and I managed to fire off a few frames before people had gone past and the moment was over. At this point, I then took a short cut (no way was I running the full route) to a scenic point to capture the runners coming out of the cricket club grounds and onto the path through to Shardeloes. Here I managed to get a few nice frames of runners under the tree cover. Once everyone had gone past me, I then followed the runners down the path and set up in a nice spot where I knew they would run past me on their return leg. Here I had quite a bit of time to set up and enjoy the scenery before the first of the runners came back through. With the first few groups of runners photographed I then made my way back to the start/finish line, impressing myself in the process as I managed to keep pace with one of the runners for at least 200 metres. 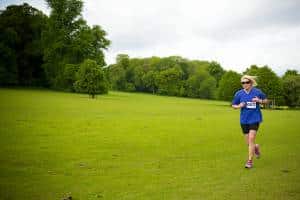 Once back at the start/finish line, I set up in a position where I could capture the runners in the last 50 meters and as the crossed the line. This made for some great images as people made that final push for the line. I was also able to capture a few people receiving their medals.

With the last of the 5K runners having crossed the line and received medals, I then had a short break before the start of the 1K race. I used this opportunity to capture a few other candid images including the BBQ being cooked, whilst resisting the urge to eat my own body weight in burgers, even if they did do a great job of tempting me with those beautiful smells. 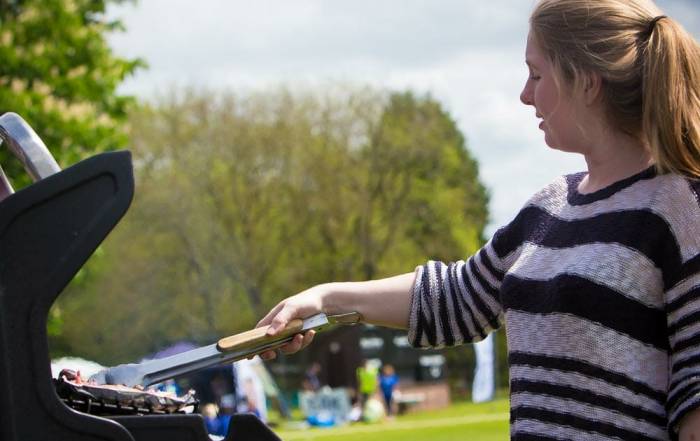 Soon it was time for the 1K race to start and here I managed to get a few great frames of some young runners doing their bit and having fun at the same time. All in all, I thoroughly enjoyed the morning and seeing people out having fun whilst raising money for a great cause.

You can find out more about Scannappeal, the work they do and upcoming events here.

See the full gallery of images from the event on Facebook Page here. If you would like to purchase copies of any of the images, please contact me on 01844 278015 or via email at [email protected]